I didn't get much warning that it was in town, but I caught the sucker with my celphone!   Woohooo!!!! 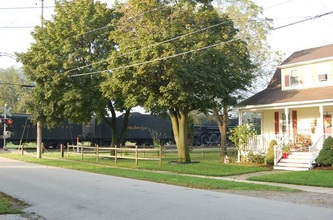 Early 1980's  the Nickel Plate #765 passed through when I was a kid!
Dad got pics twice a few years apart from one another....
I found these in an old real photo album shortly after I shot
the video of it coming through... scanned, and posted digital...
History is cool!  love it!  (my guess is 1982-ish era) 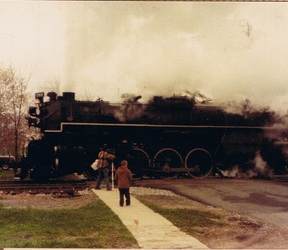 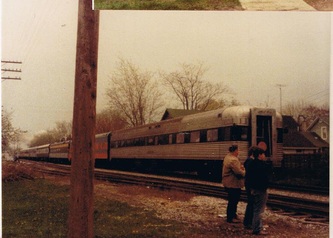 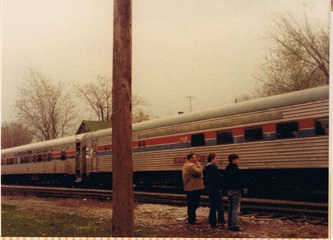 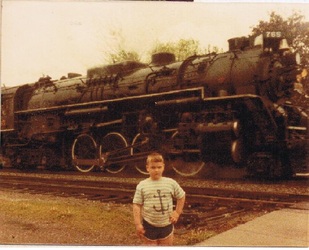 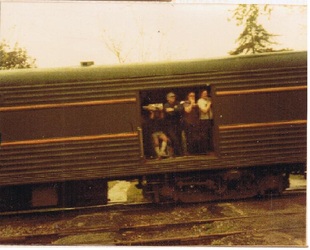 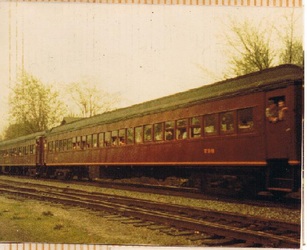 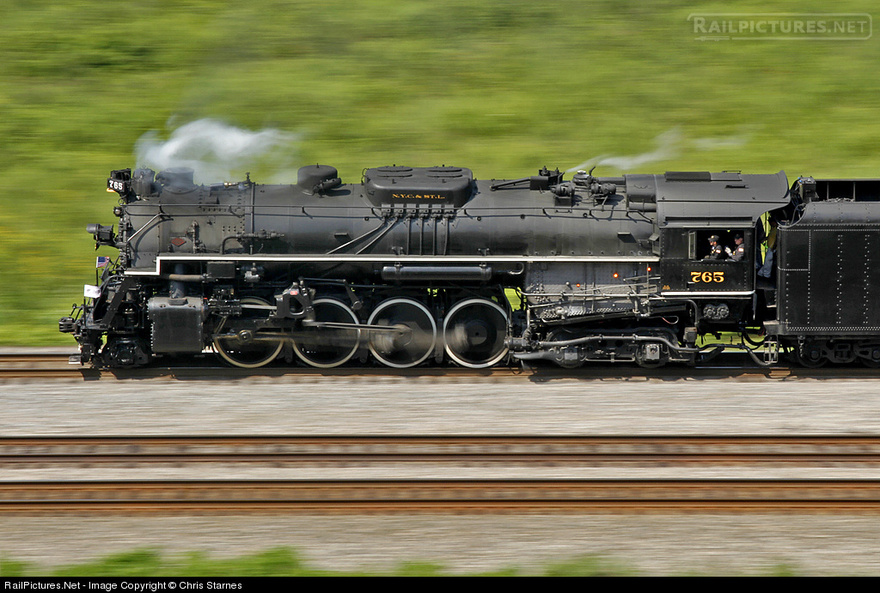 Fort Wayne Railroad Historical Society's beautiful #765 leads a deadhead move through Prichard, WV at track speed on day two of its move from Toledo, OH to Williamson, WV for a weekend of pulling NS employee specials. FWRHS firemen Kelly Lynch and Gary Bensman look right at home as the big Berkshire brings the sights, sounds and smells of mainline steam back to the hills of Kentucky and West Virginia after a long absence.
ref: http://www.railpictures.net/viewphoto.php?id=405151
(page embeded below)      http://www.765.org/locate.html